But she could still protest with her niece by defacing the 1911 census!  In the column for infirmity ('deaf',' blind' etc) her niece Ada wrote "unenfranchised"

Rachel Parry signed the 1866 Suffrage Petition in Rochdale.  Her father had died six years before, and her mother was carrying on in the shoe business.  Rachel was born on 7th September 1829.  Her father Charles made clogs . She was baptised at the Quaker meeting house but they were apparently not in full membership.  However she attended the Quaker Ackworth School from 1841- 1843,(Student no 6400 page 142 https://archive.org/stream/listofboysgirlsa00ackw#page/142/mode/2up )  as did other members of her family. In the 1841 census Charles and Sarah Parry, Rachel, and her five siblings lived at St Mary’s Gate, Spotland, Rochdale.  Rachel’s father died in 1860 leaving just under £2000.   In the 1861 census her mother Sarah was described as a widowed shoe dealer employing 5 men.   In 1871 Sarah, Rachel and brother Albert  are at Heights Cottage, Spotland, and her mother now employs a boy and three girls in addition to the 5 men and is a shoe manufacturer.  By 1881 she and her mother are shoe dealers and live at 119 Tachbrook Road, Leamington  Brother in law James Wormal, and his wife and daughter are living with them.  Sarah died in 1882.  By 1891 Rachel had a shoe warehouse in Eastbourne and lived in Grove Road Eastbourne.  Her brother Albert was manager of her Warehouse, and her brother in law James Wormall shared her home.
In 1901 she has retired to Ilfracombe, Devon with James Wormall. She described herself as  a retired boot dealer. In 1911 she is living with Ada Sophia and they fill in the census under protest. http://www.jliddington.org.uk/1911-census.html   When she died in 1914 she left £783.8s..9d and her niece Ada Sophia Wormall was her executor.  Ada Sophia had also been a student at the Quaker Ackworth School in the 1860’s.and was a supporter of the Order of the Golden Age, an organisation based in Paignton which advocated fruitarianism , peace, happiness heath, purity, Life and Power.

Use your vote! She couldn’t… 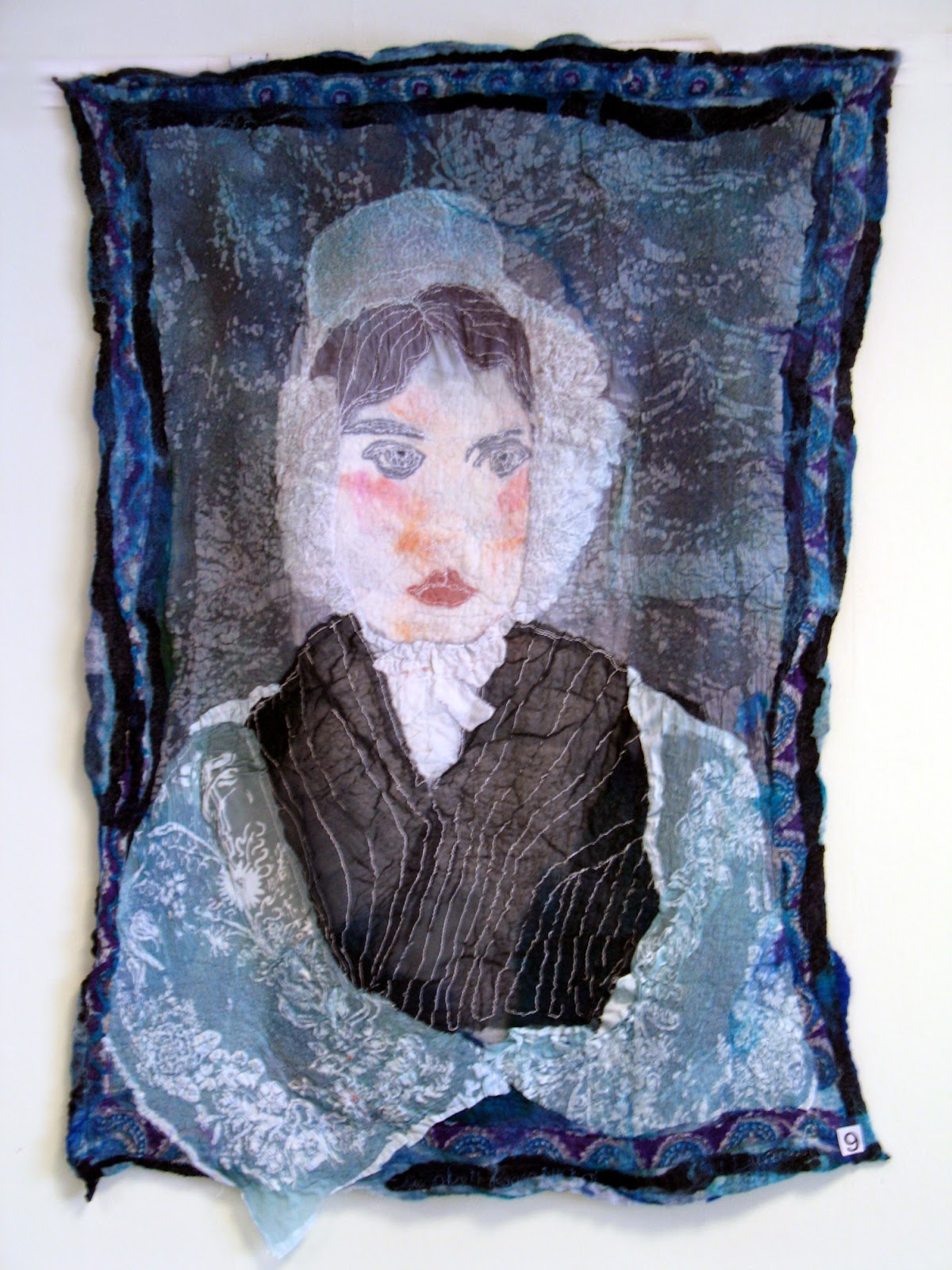 Ellen Bemrose
In May 1866 Mrs Ellen Roberts, young wife and mother, signed a very influential document.  With eleven other women from Denbigh and nearby St Asaph in Wales, she signed a Petition to Parliament asking for votes for women.  How did she come to support such a remarkable idea?  .  Was it to do with her family background, or was it to do with new friends she had made in Denbigh when she moved there four months before?   At this distance of time it is impossible to know for certain.
Ellen Bemrose was born in 1834 the daughter of William Bemrose and his wife Elizabeth.  In the 1861 census she at home at the busy stationers and printers on the corner of Irongate in the ‘Irongate, Derby’ Louise Rayner 1864 [Derby Museums and Art Gallery ]
centre of Derby.   Most of her   family members were practically involved in the business.   Her father William Bemrose, her two elder brothers and possibly her mother too.
Ellen’s father, William Bemrose, had been born in Northamptonshire in about 1794 and in 1809 had been apprenticed to Mozley’s Printers in Gainsborough Lincolnshire aged 15.  In 1810 Mozley’s moved to Derby.  By 1826, when he was 32, William had set up his own printing firm there.  At first it was a small stationary shop at Wirksworth.  However he soon set up a factory at Midland Place Derby to make tickets and timetables for the railways.  Ellen was born in 1834.  By 1851 the family were living at 35, Irongate. William and his son Henry were partners in the firm employing   "46 hands exclusive of 4 in the family 11 journeymen, 6  apprentices, 22 boys, 2 women and 3 girls.’  There were three apprentice booksellers, a widowed visitor, Mary M Edwards, and two servants.
The 1851 census for the Bemrose household
Ten years later the family are at 1 Sadler Gate, At the factory Ellen’s father now employed 33 men, 36 boys, and 11 women and girls.  Ellen was at home with her parents, an apprentice bookseller and two servants.  Her brothers had married and moved out.
The 1861 census for the Bemrose household
Marriage
On 26th June 1862 Ellen married John Henry Roberts at All saints Church Derby. He was 24 years old, and was the Second Master of Derby Grammar School.
He had entered Emmanuel College Cambridge in 1856, been ordained a deacon at Salisbury in 1861 and priest in Litchfield in 1862.  In the 1861 census he was recorded as an Assistant Master at Mannamead School, near Compton Gifford, Devon.
The Derby Mercury of Wednesday 23rd  October 1861 records “ Derby Grammar School- The vacancy of Second Mastership of this school has been filled up by the appointment of Rev John Henry Roberts , B A of Emmanuel College Cambridge and late master of the Lower School, Rossall.”

Derby Grammar School moved, St Helen’s House, in 1861-2 while Ellen’s husband was Second Master. Founded in about 1149, by 1865 the transition from traditional grammar school to public school was already under way under the new headmaster the Rev Walter Clark.
All Saints church Derby in 1803
Ellen and John continued to live in Derby until 1866 when he was appointed Head Master of Denbigh Grammar School

The Denbigh Grammar School - We are able to announce that the appointment of Headmaster of the school has been conferred upon the Rev. John Henry Roberts, MA, of Emmanuel College, Cambridge, late second master of the Derby Grammar school. Mr Roberts graduated in 1859 when his name appeared as senior optime - also in the classical honours. The highly creditable position he gained at the University is a sufficient guarantee for his classical and mathematical attainments; while the marked success he has met with at Derby in preparing candidates for the various competetive examinations, gives every reason to hope that he possesses all the qualifications necessary to render him a most valuable and efficient master. The school will reopen at Easter for boarders and day scholars in suitable commodious premises, for which arrangements are being made. Denbighshire Telegraph
Pall Mall Gazette, Thursday Feb 22 1866
The Headmastership of Denbigh Grammar School has been conferred on the Rev. John Henry Roberts, MA, Emmanuel College, Cambridge, second master of the Grammar School at Derby. Mr Roberts graduated in 1859, when he was seventeenth senior optime in the Mathematical Tripos and fifteenth in the third-class of the Classical Tripos.

Susanna.  Thomas had been a pupil in the grammar school himself and maintained his interest in the school alongside his Liberal politics, printing business and passion for Welsh culture.
In April 1866 John Stuart Mill, newly elected Liberal MP, had suggested to his step daughter Helen Taylor and her fellow members of the Kensington Society, that if they could collect 100 good signatures for a petition asking for votes for women, he was prepared to present it to the House of Commons.
80 to their late teens.  Though meetings were in Kensington, at the house of Adelaide Manning, country members could contribute to the discussion by post.  After a discussion that women should have the vote, led by the artist Barbara Bodichon, it was decided to collect signatures for a petition.  Mrs Manning, the hostess of the society, already had several relatives involved as members, and she turned to her family connections in the search for signatures.  At least ten of her relatives were persuaded to sign, including her brother’s daughter’s sisters in law, Clara and Jane Wicksteed who lived at St Asaph, close to Denbigh.  It is likely that it was they who recruited Mrs Susannah Gee to collect signatures in Denbigh. The new headmaster’s wife, Ellen Roberts was persuaded to sign, as were her neighbours 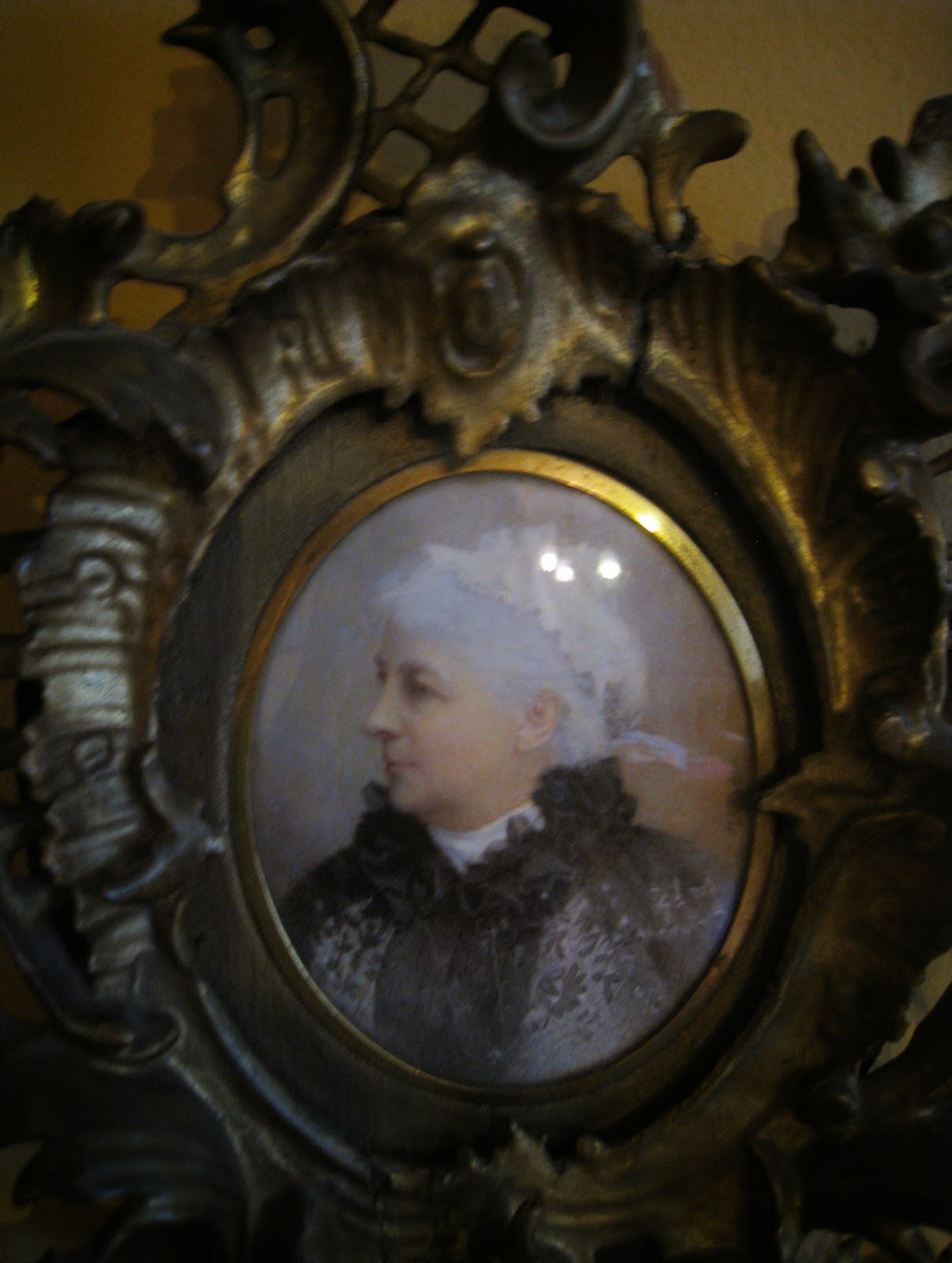 It is likely that Susannah Gee asked Ellen to sign the suffrage petition, along with her neighbours Dorothy James, Jane Pierce, Anna and Annie Roberts, Anne Davies and Mary Ann Smith, many of whom may have been her neighbours in Vale Street.
Posted by AD at 08:37 No comments:

Use your vote!  She campaigned for it from the age of 24 and lived to vote herself!
Constance Phillott (1842-1931) Artist 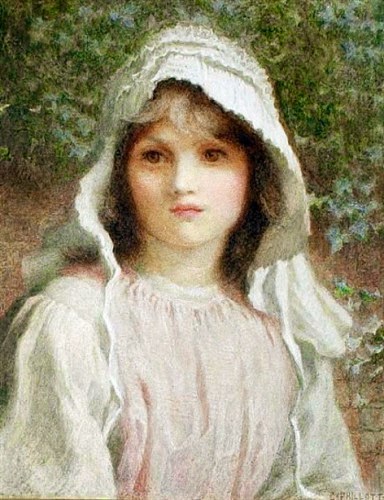 Constance Phillott (1842-1931)  Was born in  1842 the daughter of Dr Arthur Phillott and Frances Caroline Frend, a sister of Mrs De Morgan.  Her mother’s family were involved with founding Bedford College, which pioneered education for young women.  .    In the 1851 census her father was a GP in Wimpole Street, where the family were living.  .  In 1871 she is with her father. at 251 Stanhope Street , describing herself as an artist  .  In 1881 census she describes herself as an artist.  In the 1911 census her 100 year old mother is head of the household which consists of her sister and two servants. Apparently she was active in Suffrage societies,.


In 1929 she appears in the electoral register at 6 Devonshire Hill in the same house as Mary Sarah Burt, Maude Olin and Rhoda Wiltshire, all of whom were on the Voters register.
Posted by AD at 09:33 No comments: